10 reasons to visit Halkidiki in Greece

You are here:
Greece is a popular, sun-drenched holiday favourite for travellers of all ages. Halkidiki, located in the north, is known for its easy access from the UK, crystal blue seas and white sands, yet there is a lot more to this region than meets the eye. - 10 reasons to visit Halkidiki in Greece 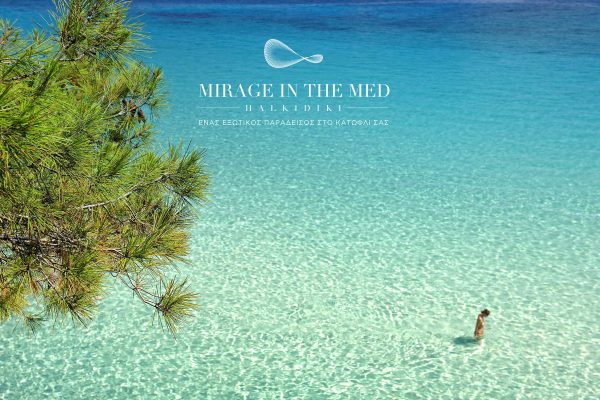 From fishing villages to boutique hotels, honey farms to ancient settlements; Halkidiki is more than just a sun, sea and sand destination.

1) EKIES All Senses Resort – the chic boutique hotel of Halkidiki

Ekies All Senses Resort is located on the picturesque bay of Vourvourou in the quiet peninsula of Sithonia. Found on a private white sand beach, and surrounded by a lush conservation area of pine trees, Ekies offers its guests 65 luxury award-winning designer rooms and suites. Dining is completely flexible, with an ‘eat anywhere-anytime’ attitude. If guests are interested to explore, there are local tavernas and restaurants along the beach and within walking distance, whilst the new spa studio offers an ‘inside-outside’ concept. This pampering spa follows the barefoot-luxury ethos of the Hotel.

2) Escape the crowds in Sithonia

Sithonia is the second peninsula of Halkidiki (along with Kassandra and Mount Athos). The rolling landscape appeals to nature lovers seeking refuge from the crowds. Here visitors find fishing hamlets, picturesque harbours and deserted beaches surrounded by a dense pine forest, whilst one can enjoy trekking, diving, fishing, mountain biking, golf, tennis, water sports and horseback riding. Climbing Mount Dragoudelis (811m) provides a breathtaking view over the whole of the peninsula.

3) Mystery and monasteries of Mount Athos

Mount Athos is the most fascinating peninsula of Halkidiki named after the mountain of which it lies in the shadow of. This is a UNESCO World Heritage Site with a number of monasteries still practicing ancient ways. Mount Athos is also known by some as the Garden of the Virgin Mary and the Holy Mount. It is perhaps the most mystical area of the whole of Greece. Although land-linked it can only be reached by boat, visitors are limited and must obtain a visa in advance whilst females are totally forbidden. A boat trip around the peninsula provides an insight into the mystical, magical life that goes on in this part of the world. 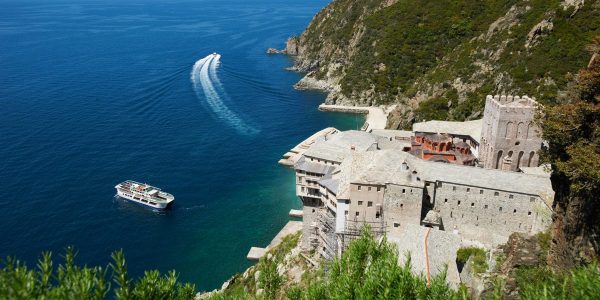 4) Petralona's Cave and the oldest European in the world

The cave of Petralona, filled with stalagmites and stalactites is found on the west of the Katsika Mountain, 300 meters above sea level. Excavations of the Cave which began in 1965 discovered Arhanthropos, considered to be 700,000 years old, making him the “oldest” European!

5) A unique blend of Greek cuisine

Greek food in the north of the country is an eclectic mix of oriental and European dishes, cooked with locally sourced ingredients such as goats cheese, olive oil, topped off with the infamous Ouzo. Halkidiki is the the bee-keeping capital of Greece with over 6,500 bee-keepers producing 1,900 tons of honey each year. Aristotle praised honey 2,300 years ago claiming that it prolonged life.

A number of festivals occur across Halkidiki, mainly in July to celebrate the unique food and cuisine of the region. The Olive Festival takes place in Olynthis, the Fair of St Ilias also takes place in July, as well as a 10 day cultural event in Arnaia; which involves music, food, entertainment, drinks, and a great social atmosphere.

Thessaloniki, the second largest city in Greece combines ancient and modern culture dating back 2,300 years. The city is surrounded by low hills, facing the bay of Thessaloniki. It has been a flourishing commercial port for centuries, whether under Greek, Roman, Byzantine, or Ottoman rule. Home to two large universities (Aristotle University and the University of Macedonia), it hosts the largest student population in Greece, and thus imparts a lively dimension to the urban culture.

8) Archaeological ruins – The most ancient history of the world

Akanthos is an important ancient town-harbour of Greece, and is the former colony of the Andris. Founded in mid 7th century BC, it was originally a prehistoric settlement. Parts of its walls, among them an impressive part of the acropolis, have remained. For a century, the most important town of Halkidiki was said to be Olinthos. Archaeological findings show that the town’s position used to be a significant prehistoric settlement, which was of ‘the classical years’. According to mythology, Olynthos was the son of Strymonas, King of Thrace who was killed in a lion hunt. If you’re looking for the home of Aristotle, look no further than the ancient town of Stageira, located about 500m southeast of today’s settlement of Olympiada, on a small, mountainous peninsula, called Liotopi.

The Archaeological Museum of Polygyros is situated in the village of Polygyros. The museum contains archaeological displays from all over Halkidiki; among them are findings from the city of Olynthos, and the archaeological sites of Lerissos, Toroni and Potidea. 35 kilometres from Thessaloniki, you can find the Anthropological Museum in Petralona. This museum is home to artefacts from the famous Cave of Petralona, and reconstructions of the cave’s interior are on display. Afytos, a small seaside village on the Kassandra peninsula is home to the Folklore Museum, and has been officially declared an ancient settlement.

Ouranoupolis i
s a small village blessed with a clear blue sea and endless golden beaches. This is the end of the road, the border to the unique monastic state of Mount Athos, the Holy Mountain. Its name translates “City of the Heavens”, and is the port of passage for pilgrims and scholars alike who visit this unique monastic republic. A visit to the picturesque seaside village of Nea Roda is a must. Built at the narrowest point of the Athos peninsula, this village is said to be where Xerxes opened a canal for his fleet to pass, in 480 BC. If you’re looking for seclusion, take the 10 minute boat ride across to AmmoulianiI Island, the only inhabited island of Halkidiki, located 120 km from Thessaloniki. Visitors can sunbathe and have coffee on the beach of Alikes or Agios Georgios while gazing at the beautiful bays from above, or perhaps enjoy a cocktail whilst watching the sunset.